*Pricing is per person including tax. Terms and Conditions Apply. 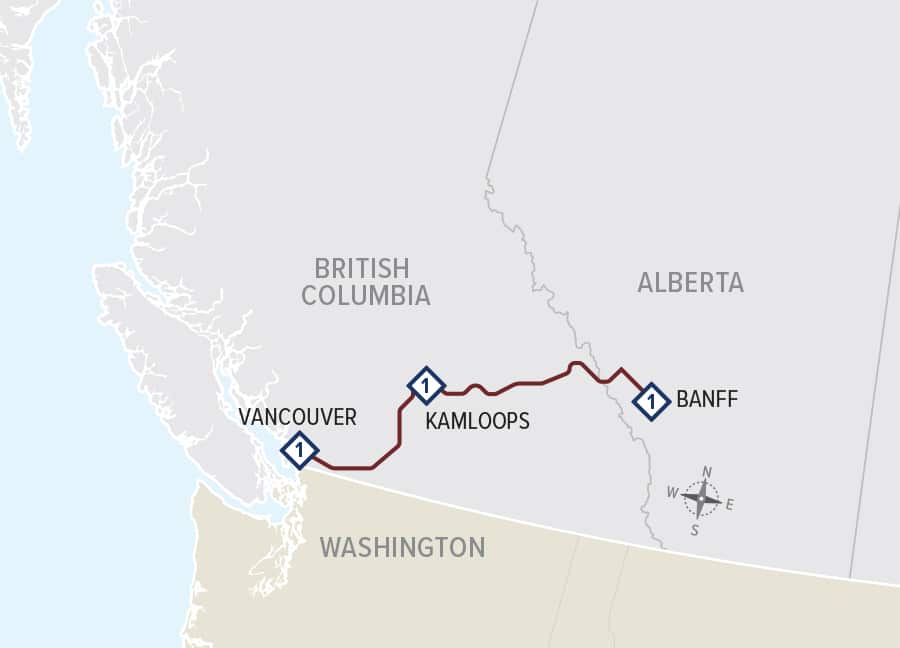 DAY 1 – VANCOUVER FAIRMONT HOTEL VANCOUVER
Arrive in Vancouver and depart by a private motorcoach transfer from the Vancouver International Airport to your Vancouver Accommodation.
Spend the remaining of the day on your own.

DAY 2 VANCOUVER TO VICTORIA FAIRMONT EMPRESS HOTEL
Board your motorcoach to the ferry terminal to Victoria, the capital city of the province. Highlight of today is the world- renowned Butchart Gardens.

Back to Vancouver and enjoy the rest of the day on your own to explore Vancouver. 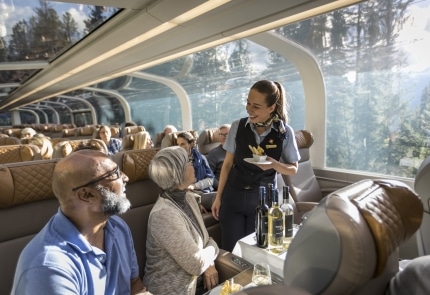 DAY 4 VANCOUVER TO KAMLOOPS GOLDLEAF – KAMLOOPS HOTEL TBC.
Board your motorcoach for traveling onboard Rocky Mountaineer to Kamloops.

You will see dramatic changes in scenery, from the lush green fields of the Fraser Valley, through forests and winding river canyons surrounded by the peaks of the Coast and Cascade Mountains, to the desert-like environment of the BC Interior.

Highlights include the rushing waters of Hell’s Gate in the Fraser Canyon and the steep slopes and rock sheds along the Thompson River. 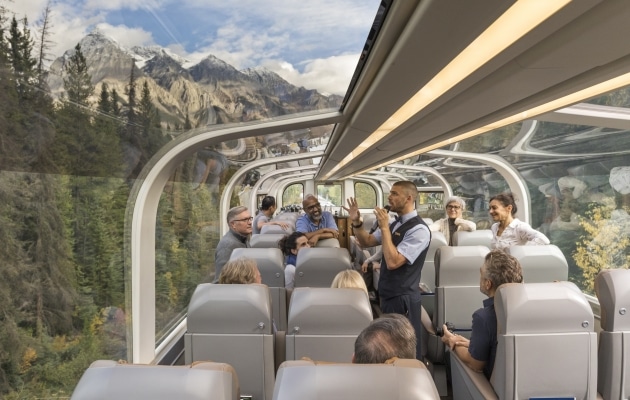 DAY 5 KAMLOOPS TO BANFF GOLDLEAF – RIMROCK RESORT HOTEL
Travel onboard the Rocky Mountaineer from Kamloops to the mountain town of Banff.

Enjoy the spectacular array of scenery as you travel between the glacier and snow-capped peaks of the Canadian Rockies, over mountain passes and through remarkable tunnels.

Today’s highlights include the Continental Divide, the Spiral Tunnels, Kicking Horse Canyon, Rogers Pass, and Craigellachie, where the last spike of the Canadian Pacific Railway was driven. 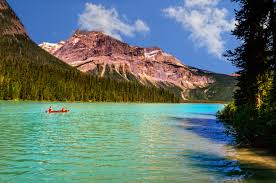 Yoho National Park offers magnificent natural wonders like the Spiral Tunnels, the turquoise serene waters of Emerald Lake and a natural Rock Bridge spanning the Kicking Horse River.
A stop for free time will be made at The Fairmont Chateau Lake Louise for you to revel in the breathtaking surroundings of Lake Louise.

A Group Lunch is included.

DAY 7 BANFF TO CALGARY FAIRMONT PALLISER HOTEL
Enjoy a full day sightseeing tour from Banff to Calgary. Highlights include Banff Gondola, a spectacular eight-minute gondola ride to the top of Sulphur mountain for a 360-degree view. Your admission to Calgary’s Heritage Park Historical Village is included. A Group Lunch is included at the Heritage Park.

DAY 8 CALGARY
Check out of your hotel and depart by motorcoach for your transfer to the Calgary International Airport.

Your vacation with us ends here.

Learn More about this trip