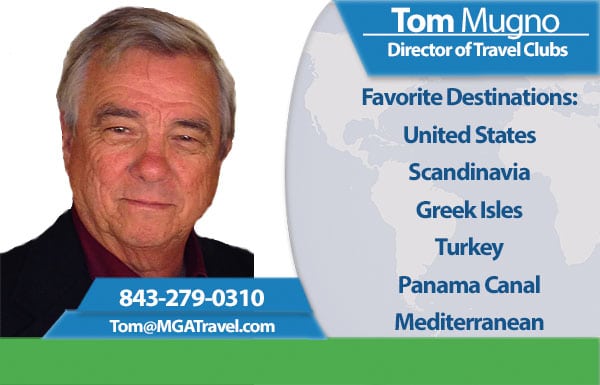 I am available to help you organize your group, help you plan your first trips as a club, and give you whatever guidance you may need.

A little about me

After working for 31 years in the Aerospace Industry I retired in 1997.  My wife and I loved to travel so we decided to "full time" in a RV for two years.  We traveled throughout the United States, Canada, and Mexico.  We've visited every state except Nebraska and Michigan.  We RV’d thru Copper Canyon in Mexico, the Canadian Rockies, and eastern shore of Canada.  After spending two years on the road we decided to settle in the Myrtle Beach area.

While working we had the opportunity to travel.  We traveled throughout Europe, we visited Australia two times and New Zealand.   We’ve been on over 40 cruises, we’ve cruised with Disney, Celebrity, Royal Caribbean, MSC, Norwegian, Holland America, and other cruise lines.  We’ve cruised to most islands in the Caribbean, through the Panama Canal, to Alaska, to Scandinavia, throughout the Mediterranean including the Greek Isles and Turkey.

Eight years ago we moved into an “active adult” community and helped to organize a travel club there.  For the last five years I’ve been the leader of the club.  I’ve helped plan and organize group travel via bus to Washington DC, New Orleans, Tunica, Nashville and Memphis TN, New York City, Atlanta, Helen and Savannah GA, Ashville and the Biltmore Home in NC.  I’ve formed groups for cruises for anywhere from 6 to 80 passengers.  Our travel club takes about three cruises per year. 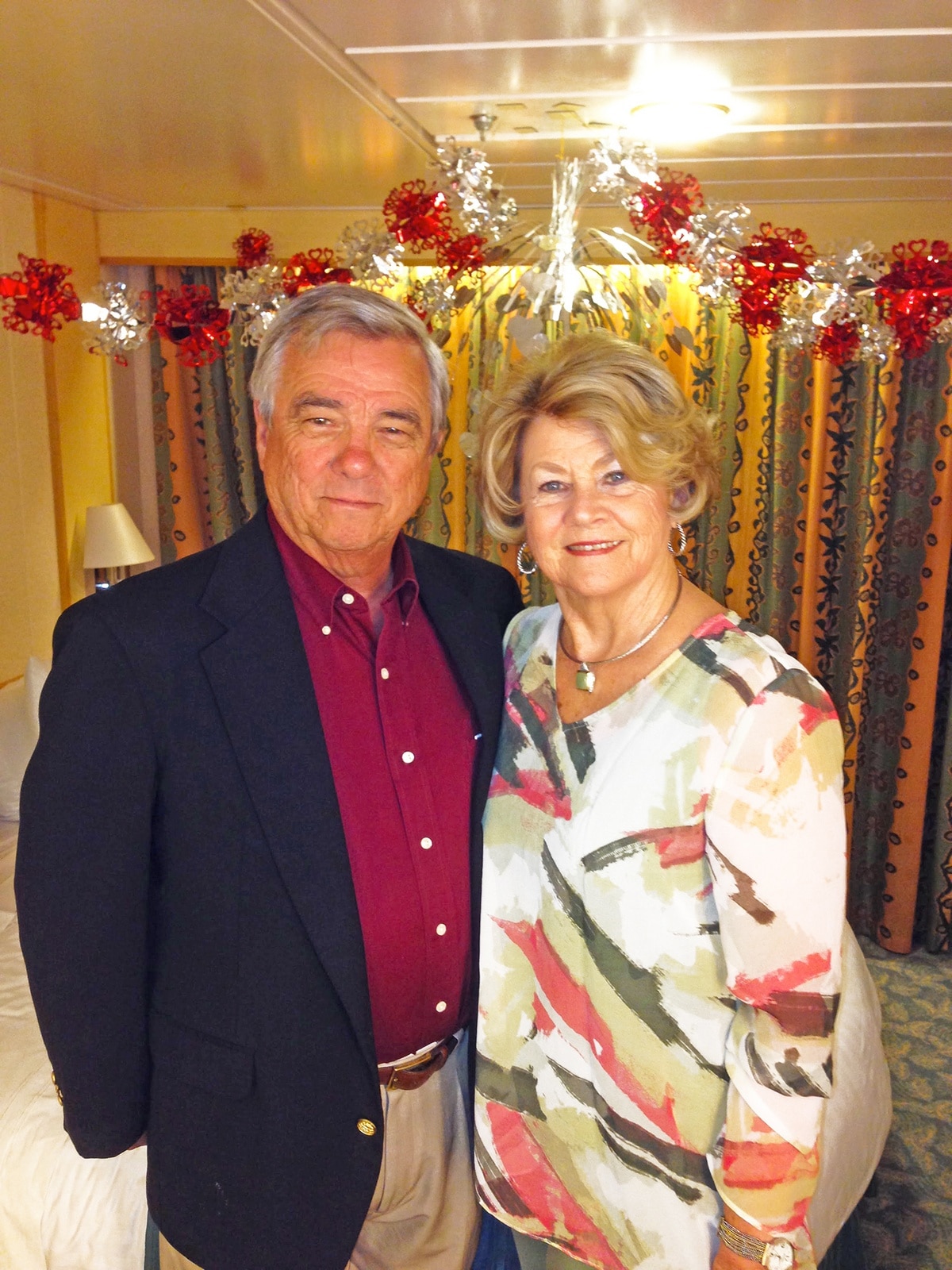 Tom pictured with his lovely wife Marge, on board one of his favorite cruises.

Tom moderating a cruise panel at the 2019 Cruise & Travel Expo 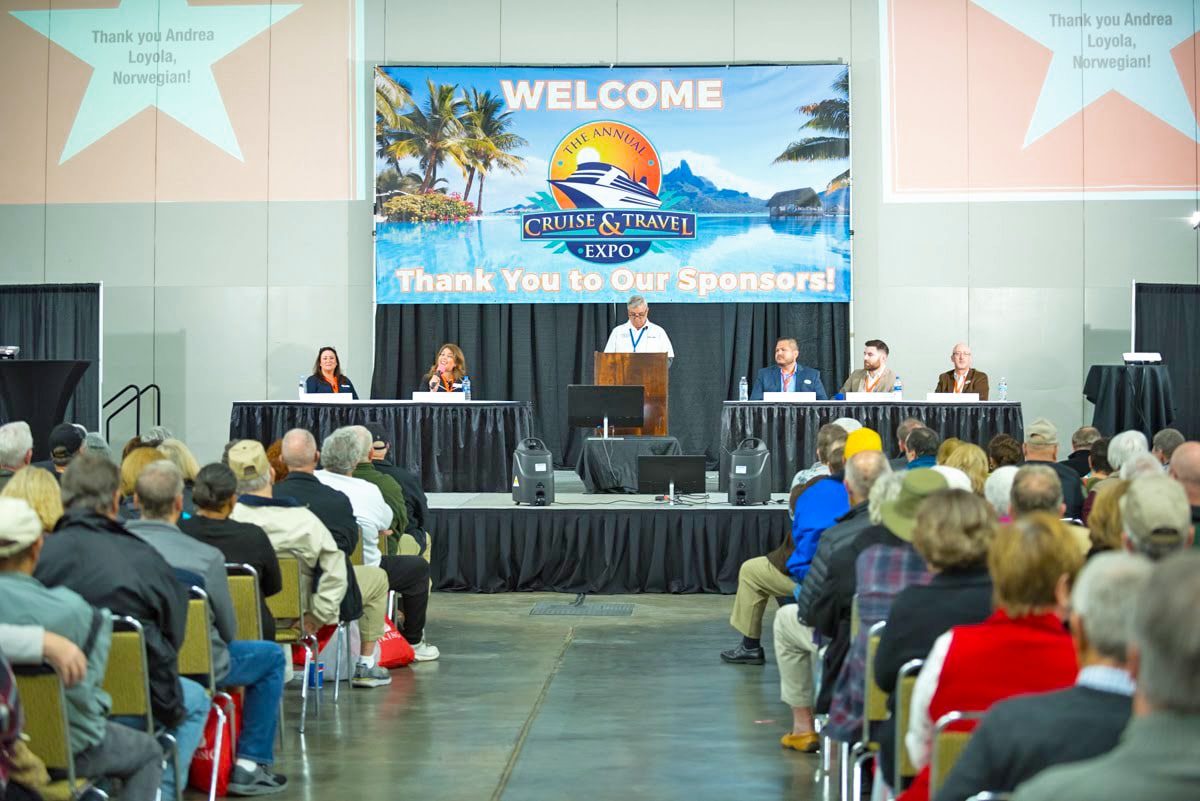 Tom is part of the A-Team.  You can set an appointment to talk travel with Tom here.
Email him at tom@takethetrip.com or call him at 843-279-0310